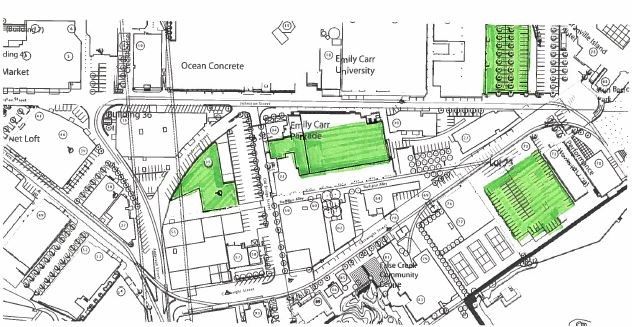 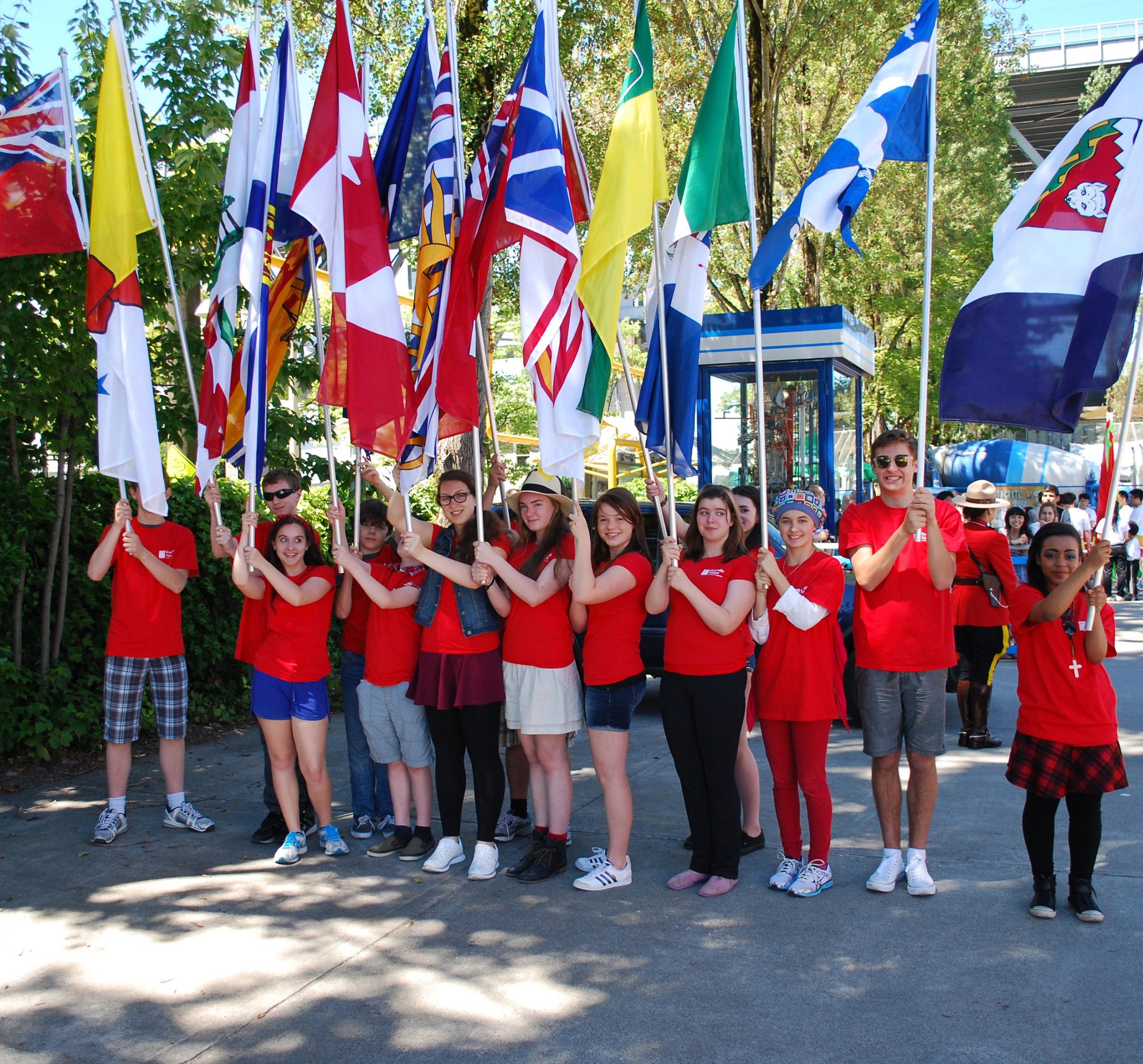 What we’re looking for:

If any or all of these sound like you, come join our volunteer team! Sign-up at https://bit.ly/2R1x8Kh 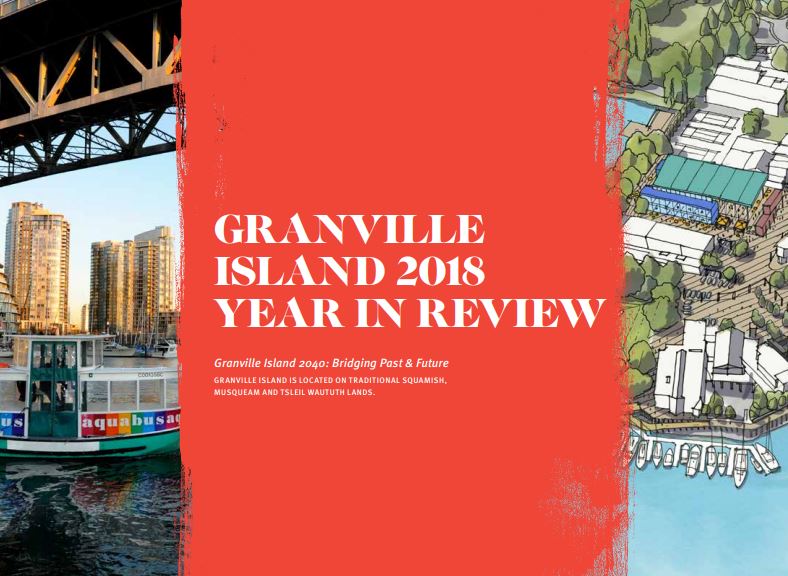 Take a look back at the highlights of 2018 and what Granville Island has planned for the future in this 2018 Year in Review. 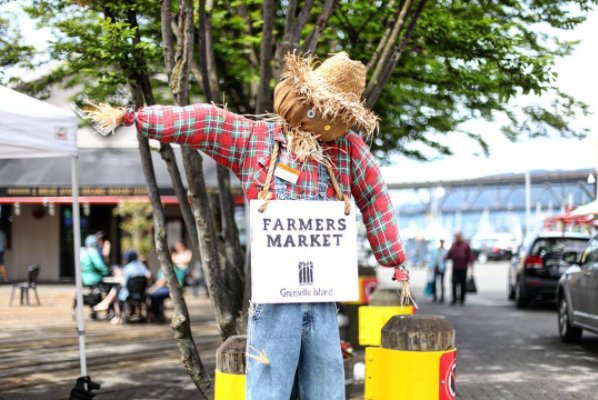 The Granville Island Farmer’s Market is back every Thursday from June 9 to September 26, 2019! This year, we’ve made some changes. Moving away from Triangle Square, the Farmer’s Market will now be located in the Chain & Forge, situated under the Granville Street Bridge, across from The Keg. The hours have also changed from 10AM – 3PM to 11AM – 4PM. So whether you make our Farmer’s Market your first or last stop on Granville Island, we are now at the heart of it all!

This is another important milestone in fulfilling the recommendations of Granville Island 2040: Bridging Past & Future; specifically:

‘Looking long term, CMHC should continue to explore options for renewal of Granville Island’s formal governance structure with a redefined role that further strengthens local authority, autonomy and decision-making, while remaining accountable to the Government of Canada through CMHC,’ (page 3, Granville Island 2040: Bridging Past & Future, May 2017).

To steward this public land for meaningful urban and social experimentation among diverse, creative, cultural, and business models, engaging local First Nations and communities, and welcoming the world.

The most inspiring public place in the world.

Andeen Pitt is a senior marketing-communications professional with extensive local, national and multinational experience. She has worked with Ontario Place in Toronto, the Canadian Museum of History in Gatineau and the H.R. MacMillan Space Centre in Vancouver as well as Tourism Whistler, Tourism Kelowna and Tourism Richmond. Born in Trinidad and Tobago, Andeen grew up in Toronto and moved to Vancouver in August of 1996, following a career in both Ottawa and Toronto.

Andeen studied Fine Arts at York University and Musical Theatre at Sheridan College, passing on her love of the arts to her daughter, who attended Arts Umbrella for many years while Andeen spent hours at the Emily Carr University’s library researching her quilting passion.

Andeen is a current Board Member of the Civic Affairs Committee, Greater Vancouver Board of Trade; former board member of the VanDusen Botanical Gardens Association; past president of the Vancouver Media Directors’ Council and past chair of the Douglas Park Youth Support Committee.

Andeen is a talented and accomplished quilter, a ukulele player and is passionate about jazz.

His volunteer activities include Sanford Housing Society (Director) with previous volunteer positions with the Vancouver Heritage Foundation, Langara College, Dr. Peter AIDS Foundation and as Chair of the City of Vancouver Planning Commission.

Domenic was an elected trustee of the Ottawa Catholic School Board and Director of the Child Care Corporation, representing both on various committees and public engagements, including teacher contract negotiations, school bus contract negotiations, and the Transportation, Amalgamation and Environment Committees.

An avid runner, Domenic is Director of the Xtra Mile Crew, part of the annual Ottawa Marathon Race Weekend, and is a former coach and trainer for the Nepean Girls Hockey Association.

Over her 20-year career, Gracen has been a leader in business planning, corporate strategy and organization development for governments, non-profits and private sector organizations across the globe. She has an MBA from Creighton University and Master’s in Public Policy from SOAS University of London.

With an ardency for building purposeful and long-term relationships, Gracen has led cross-functional and cross-cultural teams through her various leadership roles at the City of Vancouver, the Michael Smith Foundation for Health Research, MDA and others.  The former Assistant Director of Cultural Services at the City of Vancouver, Gracen also leads the renewal of the non-market housing, social and cultural leases portfolio on City Land.

Passionate and committed to engaging and serving community needs, Gracen also volunteers with the Immigrant Employment Council of BC and serves on the board of the Vancouver Writer’s Exchange.

Gracen speaks multiple languages, has travelled to over 20 countries and values spending time caring for family and friends and practicing yoga.

A well known figure in local politics, Heather was the Mayor’s lead on Arts and Culture. She has an extensive background in governance, strategy and effective planning and is well known for her ability to engage with multiple stakeholders from divergent backgrounds seeking innovative approaches to success.

As a Vancouver City Council member (2005-2018), she was head of the Arts and Culture Committee, initiating the Creative City and Music City Strategies. She drove public art, launching a $1.5 million Public Art Boost and the Vancouver Mural Fest. During her tenure as Vancouver Park Board Commissioner (2003-2005), Heather was involved with Granville Island on numerous files, including the False Creek Community Centre, water quality, support of arts and education spaces on the Island, and traffic issues.

Previous to her role as a local politician, Heather was with the David Suzuki Foundation where she did marine ecosystem and sustainable shellfish aquaculture research. During this time she also sat on two federal committees, the Species at Risk Implementation Committee and the US/Canada Oil Spill Task Force.

Heather is very active in the choral world. She was President of the Vancouver Bach Choir and currently sings with the Jubilate Vocal Ensemble.

Johanna Lauyanto is a sustainability and communications professional who is currently developing the sustainability and public realm programming for the Strathcona BIA. Through this work she connects and works with other non-profit boards ranging from the Eastside Culture Crawl to Exchange Inner City as well as with city planners, engineers, artists, cultural groups, entrepreneurs and long-standing business owners. She knows the Island well, working as a Vancouver Foodie Tour guide from 2015 to 2017.

In the past four years at the Strathcona Business Improvement Association, she has supported the Board of Directors with strategic development of the organization’s sustainability priorities and area marketing programs; led the development of a Mobility Advocacy Plan; helped create and implement public realm programs and services based on strategic priorities, member needs and opportunities, and facilitated community and member consultation and engagement on a variety of topics including the creation and launch of Illuminate Strathcona, an exterior lighting grant program for property owners aimed at improving building sustainability and aesthetics.

She also heads up the Hastings Urban Tree Nursery, an implementation of new tree planters along East Hastings that included commissioning local artists to paint murals on the planters. Johanna has been involved with Car Free Day Main Street as a volunteer Green Team Leader.

An avid “foodie”, Johanna brings a millennial perspective to her role on council.

Paul Larocque, who has over three decades of involvement in the cultural sector, assumed his current post as President & CEO of Arts Umbrella in the spring of 2016, taking on a major building project as Arts Umbrella moves to a vast new 50,000 square foot space on Granville Island. The project revitalizes the former Emily Carr University of Art + Design South Building, and with that, the expanding arts programs, playing a pivotal role in creating an exciting future for the Island.

Engaging with colleagues throughout the arts and culture sector, Paul’s goal is to improve access to the arts for Metro Vancouver youth that will encourage creative thinking and artistic expression. Arts Umbrella assists students of all socioeconomic and geographical backgrounds and ensures that they have access to a number of free community art programs.

Prior to joining Arts Umbrella, Paul held the position of Associate Director of the Vancouver Art Gallery for more than a decade where his portfolio included administration, fundraising, government relations, strategic planning, education, and the Gallery’s relocation efforts.

He is an active member of Vancouver’s cultural community and has sat on the boards of several organizations, including the Volumes Project, Chor Leoni Men’s Choir, Boca del Lupo and, for several years, has served as a Mentor and Selection Committee Chair with the Loran Scholars Foundation.

Paul is a member of the Chor Leoni Men’s Choir. 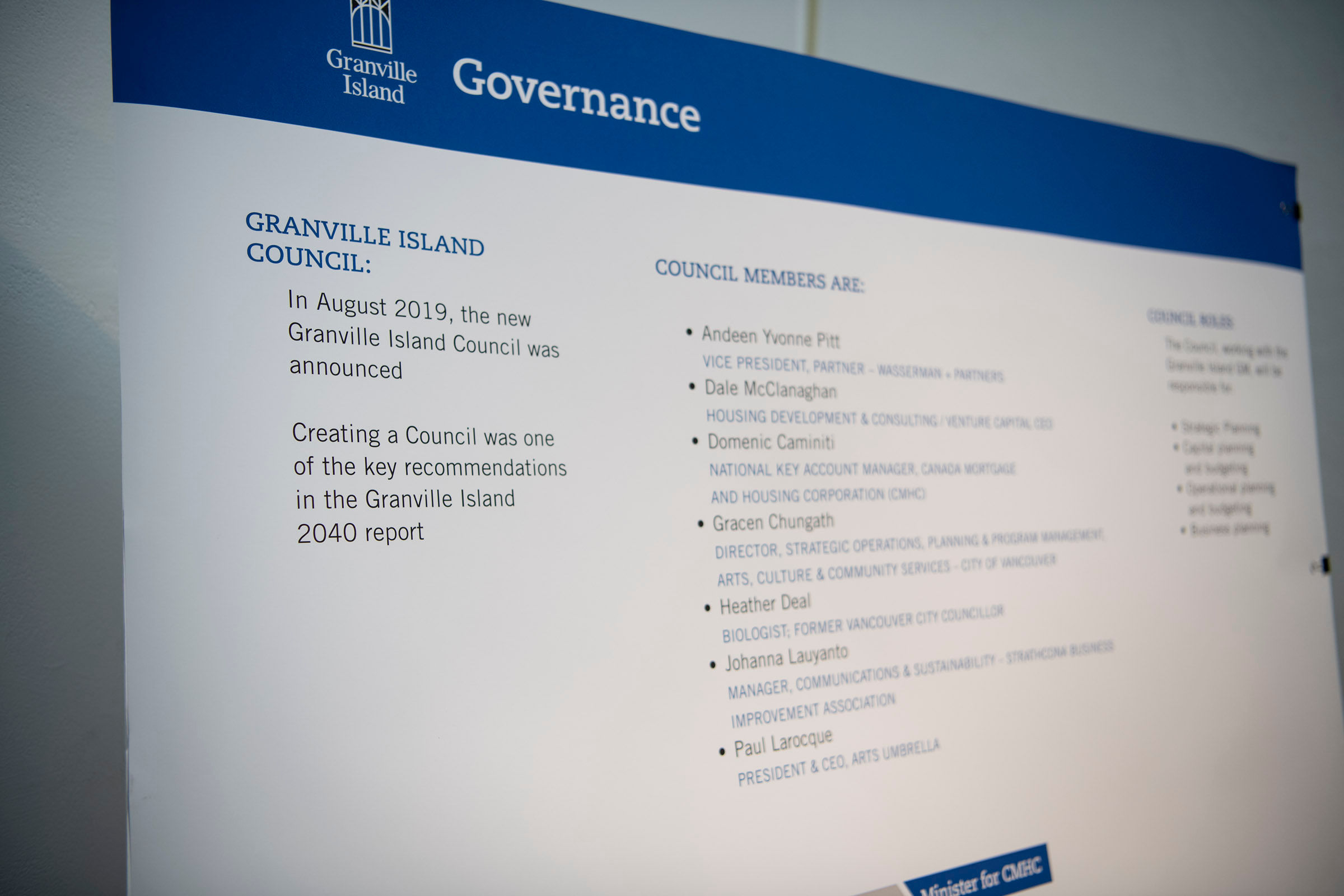 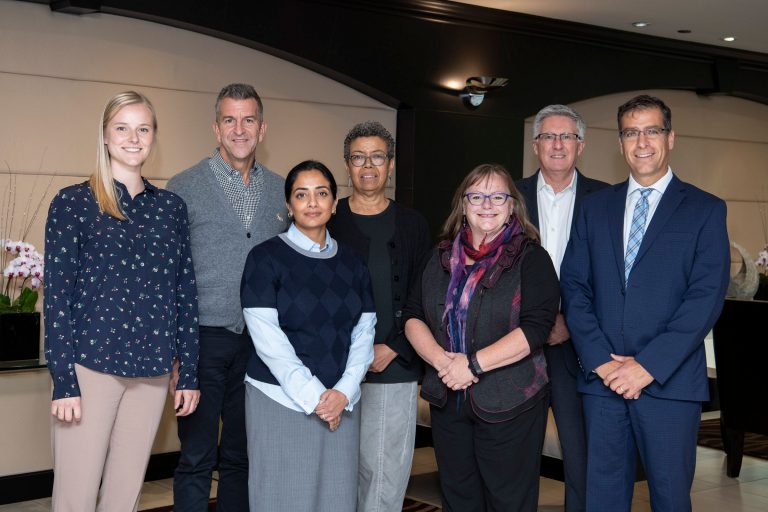